Like any good Mississippi State Alumni, I had a favorite hangout when I was at State. It just so happened that I also worked there for a while. A good bit of my free time was spent at a local coffee shop called Strange Brew, where you will find Mississippi roasted and locally brewed coffee. Their menu includes a few coffee shop standbys along with a ton of delicious, original creations from espresso drinks to frozen treats. The crew there is always thinking up new recipes, so they’re sure to have something you haven’t tried (or heard of) before. If you’re headed through Starkville, stop by The Brew and try the Albino Squirrel or the Captain Crunch Latte if you’re in need of a pick-me-up. They’ve also got the best Hot Chocolate around, topped off with homemade whipped cream. 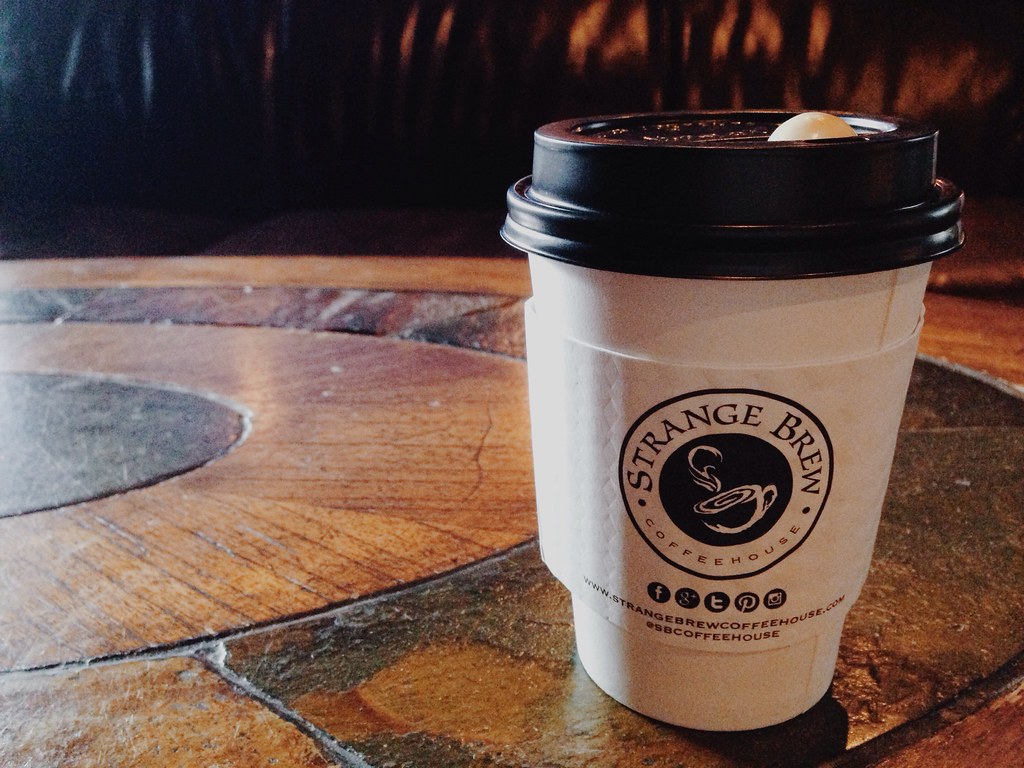 In anticipation of the 2013 Egg Bowl, I’ve teamed up with Mr. & Mrs. Brew from Strange Brew for a special giveaway. We’re giving away an Egg Bowl Tailgating Package, which includes two Joe to Go’s (8-10 cups of coffee each) and a platter of fresh baked Scones. Choose from their Strange Brew Blend, Hazelnut Cream, Jamaican Me Crazy, The Great Pumpkin Spice, Southern Pecan, their famous Blueberry Cobbler, and more. Then, mix & match your scones, choosing from White Chocolate Raspberry, Blueberry, Chocolate Chip, and Brown Sugar Cinnamon. (Personally, I’m partial to their Blueberry Cobbler Coffee and a warm Brown Sugar Cinnamon Scone.) Enter below for a chance to win: a Rafflecopter giveaway Entries are accepted until November 26, and the winner will be announced on November 27! Need to place an order for your tailgate or event? Find contact information for Strange Brew Coffeehouse here. Strange Brew is on Facebook, Twitter, Instagram, and Pinterest.

You may also enjoy:

Hey there! Welcome to my lovely everyday. This little spot on the internet is my creative space, where you’ll find all of my favorite things, from my personal style to my favorite recipes and everything in between. Grab a cup of coffee and stay a while, why don’t you?

The Latest on the ‘Gram

Stir crazy = inversions in random spots around the

Ringing in 32 in my most comfortable sweats. 🍾

All I’ve got for you tonight is: my “quarantin

Daydreaming about jetting off somewhere for the we

Today I started working on a new #readinglist, and

Greetings from #athensga! ⠀ Our local businesses

A couple of weekends ago we went to visit our fami

Miss Molly Moon is part of several affiliate advertising programs. This means that I may make a small commission from your purchases and/or clicks on the links shared on this site or my social media platforms. Miss Molly Moon may also receive the occasional gifted item. (These items will marked as c/o.) And of course, thank you for supporting the brands that keep this blog up and running! I couldn't do it without you.

A Wrinkle in Time
by Madeleine L'Engle

Bittersweet: Thoughts on Change, Grace, and Learning the Hard Way
by Shauna Niequist

You can get additional information about which cookies we are using or switch them off in settings.

This website uses cookies so that we can provide you with the best user experience possible. Cookie information is stored in your browser and performs functions such as recognising you when you return to our website and helping our team to understand which sections of the website you find most interesting and useful.

Strictly Necessary Cookie should be enabled at all times so that we can save your preferences for cookie settings.

If you disable this cookie, we will not be able to save your preferences. This means that every time you visit this website you will need to enable or disable cookies again.